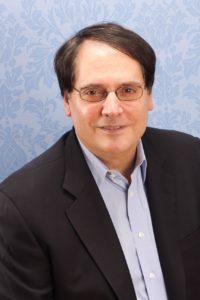 Michael S. Rulle, Jr. is the Founder and CEO of MSR Investments LLC and MSR Indices LLC. Prior to founding MSR in 2008, Mr. Rulle was President of Graham Capital Management from 2002 to 2007. While at Graham, Mr. Rulle chaired the Investment and Risk Committee and was directly responsible for the firm’s discretionary portfolio managers. Additionally, as part of the senior management team, he also worked closely with the firm’s quantitative research group. During his tenure, Graham’s total assets under management grew from $1 billion to $8 billion. From 1999–2002, Michael was President and CIO of Hamilton Partners, an internal $400 million “hedge fund” for the Bermuda reinsurance company, Stockton Inc., where he managed convertible arbitrage, merger arbitrage, volatility arbitrage, bond arbitrage and equity market neutral portfolios.

From 1994-1999, Mr. Rulle was CEO of CIBC World Markets Inc. where he was primarily responsible for global derivatives, securitization, asset management and the U.S. loan business. He co-chaired CIBC World Market’s Global Risk Committee and was a member of the global bank’s Credit Committee. Prior to joining CIBC, Michael ran the derivatives business at Lehman Brothers and rose to become a member of the Executive Committee. While at Lehman, Mr. Rulle was one of the original representatives to the International Swaps Dealer Association (ISDA). Mr. Rulle received a BA from Hobart College and an MBA from Columbia Business School, where he graduated first in his class. 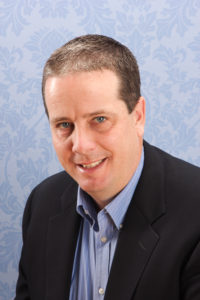 Matthew J. Brown is the President and COO of MSR Investments LLC and MSR Indices LLC. Mr. Brown develops and operates all portfolio management, risk management and trade execution software for MSR. He collaborates with Mr. Rulle on the development of the MSR Investable Index Platform, and builds all systems under the strict discipline of the firm’s philosophy regarding statistical testing and the scientific method. Mr. Brown has over 20 years of experience in the financial industry. He developed trading systems for fixed income arbitrage while working with Mr. Rulle at Graham Capital Management and built a trading book to over $200 million in nominal capital and over $5 billion in total assets.

Prior to Graham, Mr. Brown managed a fixed income arbitrage team at $400 million hedge fund Hamilton Partners, and reported to Mr. Rulle there as well. Prior to teaming up with Mr. Rulle for the first time, Mr. Brown was the Chief Trader at Banco Central Hispano, USA. During the eight years prior to joining Banco Central Hispano USA (which was purchased by Banco Santander during his tenure). Mr. Brown was an institutional fixed income salesman for several major Wall Street dealers including Merrill Lynch, Lehman Brothers and Kidder Peabody. Academically, Mr. Brown earned a BS in Economics from Manhattan College.